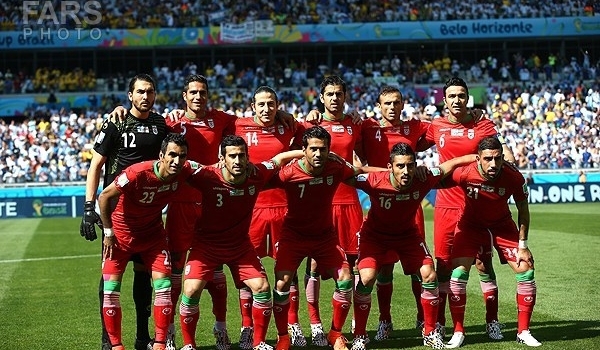 TEHRAN (FNA)- FIFA announced the referees for the 2014 World Cup matches between Iran and Bosnia-Herzegovina, and Argentina and Nigeria in the last round of Group F matches.

The Group F match between Argentina and Nigeria will be refereed by 33-year-old Nicola Rizzoli,who oversaw Spain-Netherlands on 13 June. Rizzoli was present in the FIFA Club World Cup and FIFA U-20 World Cup and presided over the final of the UEFA Europa League in 2010 and the UEFA Champions League decider in 2013.

Meanwhile, Carlos Velasco will referee Bosnia-Herzegovina and Iran kicking off at the same time as the other Group F match. The 43-year-old Spaniard, who refereed the Uruguay-England match on 19 June, previously officiated at matches in the UEFA EURO 2012 and the FIFA Club World Cup 2013 among other competitions.

Iran held Nigeria to a 0-0 draw in their 2014 World Cup opener, and then lost its second match to two-time World Cup champions, Argentina, 1-0 with a 90 minute goal by Lionel Messi on Saturday after the referee overlooked a penalty foul on Iran’s Ashkan Dejagah in the second half.

The chance is still much in play for Iran’s national football team, but they’ll almost certainly have to beat Bosnia-Herzegovina in their last match on Wednesday.

Argentina leads Group F with six points, while Nigeria have four, Iran have one and Bosnia-Herzegovina have zero point.