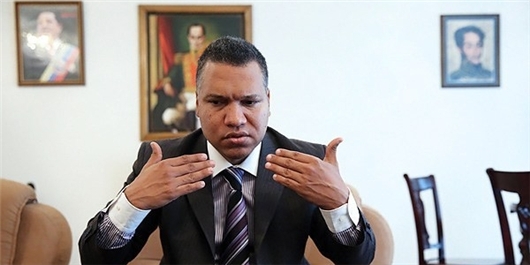 TEHRAN (FNA)- Venezuelan Ambassador to Tehran Amenhotep Zambrano said Caracas is ready to become a hub for export of Iranian technology to other Latin American states.

“Venezuela is ready to turn into a center for Iran’s technological exports to other Latin American states,” Zambrano told FNA on Tuesday.

He referred to the attempts made by the western countries, specially the US, to prevent Iran from increasing its exports to other states, and said, “Yet, the United States’ extensive sanctions against the Islamic Republic of Iran haven’t been able to prevent exports of Iran-made technology and products to the other world states.”

Zambrano underscored that Washington has exerted sanctions and pressures against Tehran because the US officials are fearful of Iran’s growing technology and export of its home-made technological products to the other world regions.

In a meeting between Iran’s First Vice-President Eshaq Jahangiri and Venezuelan President Nicolas Maduro on the sidelines of the G77 Summit in Santa Cruz, the pair expressed hope that the bilateral relations between the two friendly nations would increase in different fields.