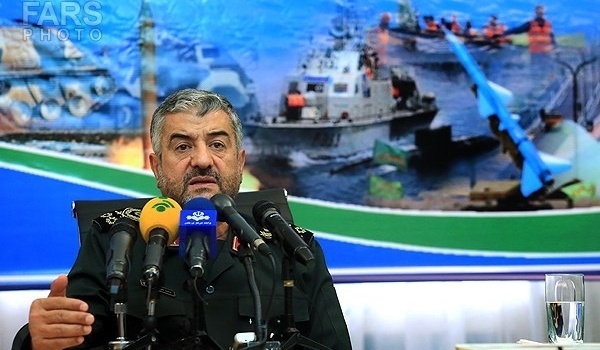 TEHRAN (FNA)- Commander of the Islamic Revolution Guards Corps (IRGC) Major General Mohammad Ali Jafari underlined full security at Iranian borders, stressing that no enemy, including the US, would dare to attack the country.

“Today, many countries see Iran as the island of stability in an insecure region,” Jafari said, addressing a ceremony in the Northern province of Semnan on Monday.

“The Iranian borders are secure and no enemy, even the US, dares to make an aggression against it,” he underlined.

Jafari explained that the Americans who invaded Afghanistan and Iraq under the pretext of the September 11 attacks sought to make an invasion of Iran too, “but the 100% readiness of the Iranian people and Armed Forces discouraged them”.

In relevant remarks in February, Iranian Defense Minister Brigadier General Hossein Dehqan underlined that the Iranian Armed Forces will give an inconceivable response to any possible enemy aggression, adding that the threatening remarks of the US officials cannot prevent the country from continuing its nuclear fuel production.