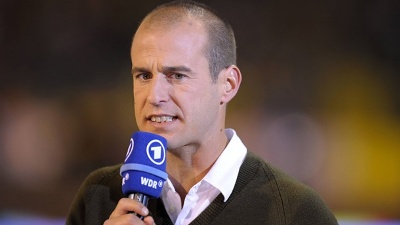 Berlin, Jun 22, IRNA — One of Germanyˈs leading TV football commentato praised Iran for its courageous performance against Argentina despite its heartbreaking last-minute loss against the two-time World Cup champs. Mehmet Scholl said in its post-game analysis that Iran was the better team in the Group F showdown with Argentina.

ˈA big compliment to Iran. They were the better team. Argentina may have had the better individual players but they did not play as a team,ˈ said Scholl.

The former German international and Bayern Munich half-back reiterated he was ˈdeeply impressedˈ by Iranˈs play against Argentina.

Scholl referred to the ˈsuperbˈ performance of Iranian midfielder Ashkan Dejagah, saying he should have been named player of the match instead of Argentinaˈs superstar Lionel Messi.

The German football analyst lambasted the Serbian referee of the Iran-Argentina match for refusing to grant a penalty to Iran after an Argentina defender foul on Dejagah in the 52nd minute of the game.

Scholl pointed out that if Iran would have converted the penalty kick, it would have been very tough for Argentina to come back and win the match.

Iran has still the chance to qualify for the knock-out stage for the first time in its World Cup history, provided it beats Bosnia-Herzegovina and Argentina defeats Nigeria.