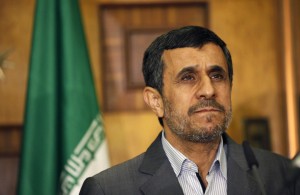 Gholamali Jafarzadeh, a member of Iran’s Planning and Budget Commission, says former president Mahmoud Ahmadinejad must be indicted for the many “offences” committed by his government.

Jafarzadeh told Parliament’s news agency he does not accept the rationale that Ahmadinejad’s offences can be neglected because he is no longer in power.

“We must not have any fear of prosecuting the former government,” Jafarzadeh said; “Ahmadinejad must be held accountable for all his actions and scores of offences committed by his government.”

He reported that the Ahmadinejad government had approval to pay out 130,500 rials in monthly benefits but instead it spent 450,000 rials. Jafarzadeh also criticized Ahmadinejad “for doing whatever he wanted with the National Development Fund.”

Jafarzadeh added that the Ahmadinejad government left about 5,000 projects on hold and unfinished.

He said Parliament has a duty to take the former government to task, adding that its actions have cost the country 70 trillion rials.