Iran urges involvement of all Iraq ethnic groups in politics 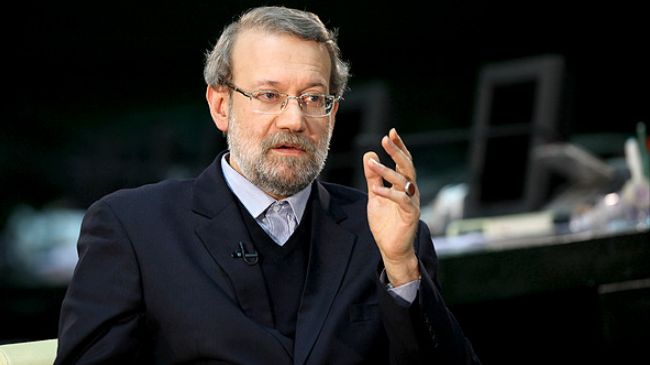 Iran’s Majlis speaker says the Islamic Republic urges active and constructive participation of all Iraqi ethnic groups in the political structure of their country.

The Iranian official added that all Iraqi tribes and ethnic groups should actively get involved in the political structure of Iraq.

Larijani also commented on terrorist activities in Iraq, saying the perpetrators of such acts are opposed to the establishment of a democratic political structure in the country. He said they do not want Iraqi ethnic groups to live in peaceful coexistence.

“They (terrorist groups) seek to create tensions between Shias and Kurds, Shias and Sunnis, as well as Kurds and Sunnis. They want the region to roil in internal disputes.”

The remarks come as the Iraqi armed forces backed by local volunteers continue the battle against the so-called Islamic State of Iraq and the Levant (ISIL) terrorist group.

Hundreds of thousands of Iraqi people have been forced out of their homes since the ISIL began its attack.

Iraqi Prime Minister Nouri al-Maliki says the seizure of Mosul was a “conspiracy.” He also holds Saudi Arabia and Qatar responsible for the security crisis in the country, denouncing Riyadh as a major supporter of global terrorism.