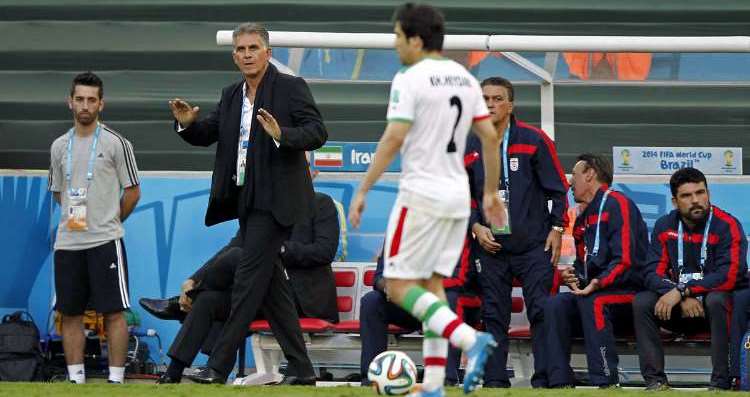 BELO HORIZONTE, Brazil, June 20 (Reuters) – Iran coach Carlos Queiroz praised opponents Argentina as a team of “geniuses” ahead of their World Cup Group F match on Saturday but said the smart money was on the overwhelming Asian underdogs.

Argentina, one of the leading title contenders in Brazil, are the clear favourites in the game at the Mineirao stadium with Queiroz heaping praise on their talented opponents.

“Argentina is a team of geniuses, outstanding players. But we know we cannot play with geniuses, we need other players and this is the profile of the Iranian team, a team of sacrifice,” he told reporters on Friday.

Argentina will be playing with an attacking formation as they did in the second half of their 2-1 victory over Bosnia with four-times world player of the year Lionel Messi at the heart of the action in a 4-3-3 system.

The South Americans top their group with three points. Iran are on one following a goalless draw against Nigeria in their opener.

“It is very hard for us, no doubt, but it’s the most expected game in the history of Iranian football,” said the former Real Madrid coach and long-time Manchester United assistant coach. “No game has been won before being played.”

He said Iran would constantly have to be a step ahead of the Argentines, including Messi, if they were to have any chance against them.

“Fighting for every ball every metre, every tackle, every shot. We are not playing against individual players.”

Asked if he had to place 10 bets how many would he place on Iran, Queiroz said: “I would bet all my stakes on Iran because this is my personality.”

“I don’t want to win a little, why should I bet on what everybody else is betting on. If there is a risk you win everything or nothing.”