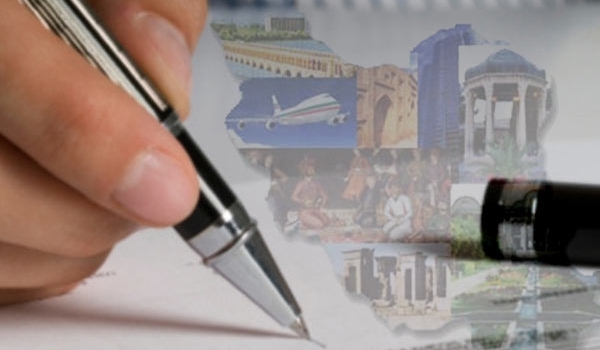 TEHRAN (FNA)- Iran and Portugal signed two memoranda of understanding (MoUs) in cultural areas in a bid to open a new chapter in their bilateral ties.

The MoUs were signed in a between Iranian Minister of Culture and Islamic Guidance Ali Jannati and Portuguese Secretary of State of Culture Jorge Barreto Xavier in Lisbon on Friday.

The agreements also envision consolidation of bilateral cordial ties, mutual understanding as well as upgrading cultural cooperation on the basis of equality, and mutual interests and respect.

Iran and Portugal will also cooperate in preserving historical documents.

In January, Head of a Portuguese delegation visiting Iran’s Qazvin province said both states are deeply interested in bolstering and boosting mutual cooperation in political and economic spheres.

“The two sides are interested in engaging in joint industrial and tourism activities and in expanding their bilateral economic ties,” Figura said, addressing a ceremony held at the end of the Portuguese delegation’s visit to Qazvin province.

He stressed that Iran and Portugal have signed important MoUs which provide a good ground for future cooperation between the two countries, which have had 500 years of bilateral relations.

Qazvin’s Mayor Massoud Nosrati said the necessary studies for bilateral interactions between Qazvin and Portugal have been taking place since six months ago.

“The visit of the Portuguese delegation to Qazvin is a good start for establishing good contacts between Portugal and Iran, specially Qazvin,” the mayor said.