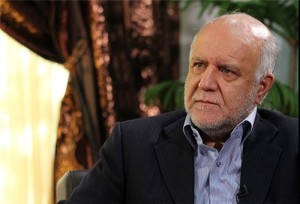 Talking to IRNA, he referred to the US restrictions imposed on Iranˈs oil export and said despite outside pressures, Tehran has always tried to have a sustainable steady oil output.

He said he is hopeful about the return of international oil companies to Iranian oil and gas projects.

Following the invasion into Iraq of the terrorist group known as Daesh (Islamic State of Iraq and the Levant), oil prices have climbed 5 percent since June.

After loitering around 110 US dollars a barrel (the price for Brent crude, the effective global benchmark) since 2011, oil prices are moving up.

Oil prices have risen to 10-month highs after the al-Qaeda-inspired group captured two key Iraqi cities this week, including Mosul, which is in an area that is a key gateway for the country’s crude.

The violence in Iraq is mostly centered in the country’s north, away from the major oil-producing regions of the south. The turmoil hasn’t yet slowed exports, though it raises concerns about whether Iraq can continue rebuilding its oil infrastructure and boost output to meet global demand.

Without the oil production from the south of Iraq, the market would be stripped of an estimated 2.5 million barrels per day, reports said.