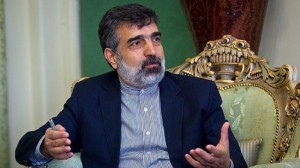 Talking with IRNA, he noted that Iran has been quite transparent on technical issues during the talks and the slow progress to draft the Comprehensive Agreement is politically-motivated.

The percentage of uranium enrichment and the annual enrichment capacity were major topics of Iran-G5+1 negotiations in the fifth rounds of talks in Vienna, Kamalvandi noted.

He underlined that G5+1 have undertaken to provide Iran with the fuel it needs annually to feed Tehran medical research and isotpe producing reactor in line with the draft of the Comprehensive Joint Plan of Action and logically the amount of Iranˈs fuel requirment should be determined by Iranˈs practical needs.

IAEA report on June 20 verified Iranian practical commitment to the interim nuclear agreement including the oxidation of half of its stockpile of 20 percent enriched uranium to five percent fuel, Kamalvandi asserted.

He said that Iran expects commitment from its partners to their undertakings in the process of the nuclear talks.

On Friday, UN watchdog the International Atomic Energy Agency (IAEA) released a report verifying that Iran has acted to eliminate virtually all of its most sensitive stockpile of enriched uranium gas.

Iran is abiding by the terms of last yearˈs interim deal, the agency said.

Meanwhile, the negotiations can be extended by an extra six months beyond the 20 July deadline, but both sides are aiming to strike a deal by the deadline envisaged by the interim agreement.