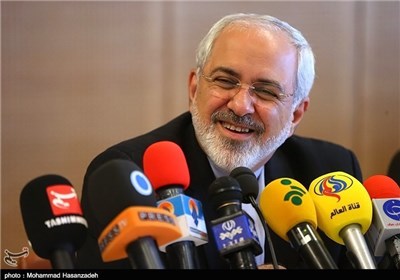 TEHRAN (Tasnim) – Iran’s foreign minister and the country’s chief nuclear negotiator said Tehran and six world powers have agreed on the general framework of the draft text of a final nuclear deal but at the same time noted that disagreements still exist on essential issues.

Speaking to reporters on Friday at the end of the five-day nuclear talks between Iran and the Group 5+1 (the five permanent UN Security Council members plus Germany) in Vienna, Austria, Mohammad Javad Zarif said while there are differences of opinion over the content and text of the final agreement, the two sides have agreed on its title and general framework.

He described the negotiations as “very intensive,” and said (Iran’s senior nuclear negotiator Seyed Abbas) Araqchi and (deputy foreign minister Majid) Takhtravanchi are working on the introduction of the text of the agreement with Helga Schmid,  the deputy for EU Foreign Policy Chief Catherin Ashton.

Zarif said Iran, based on its policies and the Geneva Agreement, offered solutions (in the Vienna negotiations) for reaching a comprehensive joint plan of action in order to eliminate the concerns of “certain countries that consider themselves as the international community.”

Noting that the next round of nuclear talks between Iran and the sextet is slated for July 2, the Iranian top diplomat said, “As long as it is needed and helpful, we will continue negotiating.”

He hoped that “with a realistic approach” from the other side, the negotiations will yield results.

Elsewhere in his remarks, Zarif said he feels “the other side has not entered the talks with serious resolve.”

He said the United States, as a country that has played a major role in imposing the illegal sanctions against Iran, needs to take tough decisions, adding, “I hope they are prepared to take those tough decisions.”

“These weapons have no room in the policy of the Islamic Republic of Iran, as a victim of the weapons of mass destruction. Elimination of such arms will result in tranquility in the region,” Zarif underscored.

The fifth round of negotiations between Tehran and the Group 5+1 (the five permanent UN Security Council members plus Germany) over Iran’s peaceful nuclear program was held in the Austrian capital of Vienna on June 16-20.

The talks were aimed at drafting a comprehensive deal to resolve the decade-long standoff over Tehran’s peaceful nuclear energy program.