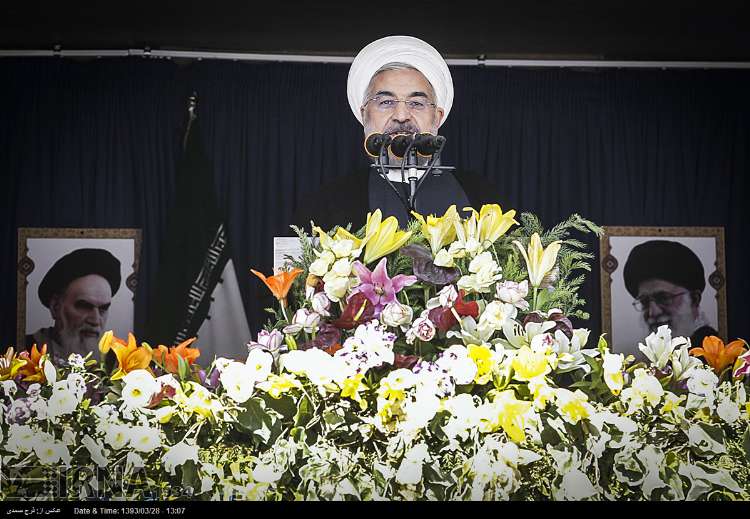 Speaking to a gathering of elites in this western provincial capital city, he noted the countryˈs all-out progresses were made thanks to the sacrifice of the Iranian youth and peopleˈs resistance against sanctions and pressures during the past three decades.

President Rouhani promised that his administration will continue its efforts to solve peopleˈs problems including unemployment.

The President arrived in this western provincial capital city Wednesday morning on his 5th provincial visit.

He has, so far, visited Khuzestan, Hormuzgan, Sistan and Baluchestan and Ilam provinces.