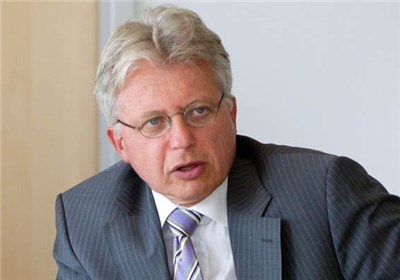 VIENNA (Tasnim) – Germany’s representative in the fresh round of nuclear talks between Iran and the Group 5+1 (the five permanent UN Security Council members plus Germany) said the negotiations are “constructive”, but much work still remains to do.

“It is still unclear whether the negotiations will come to an end today or not. We should see what happens,” Hans-Dieter Lucas told the Tasnim News Agency on Thursday.

Senior diplomats representing Iran and the sextet of world powers have gathered in Vienna since June 16 as part of efforts to hammer out a final deal on Iran’s peaceful nuclear program.

This week’s talks, which are expected to run until Friday, are aimed at drafting a long-awaited, comprehensive nuclear agreement before a July 20 deadline.

Iran and the six world powers inked an interim deal (the Joint Plan of Action) on Tehran’s nuclear program in Geneva last November, which came into force on January 20.

Iran’s foreign minister and the country’s senior nuclear negotiator, Mohammad Javad Zarif, said Wednesday that Tehran and six world powers have already begun drafting the final deal, but at the same time noted that the talks are tough.

Zarif also noted that the ultimate agreement is titled the ‘joint comprehensive plan of action’.

There still remain basic differences between the two sides and the nuclear talks are “very tough,” he noted.

The top diplomat further said the other side has taken some completely “unacceptable” positions, and asked the major world powers to take “realistic” approach towards the issue.