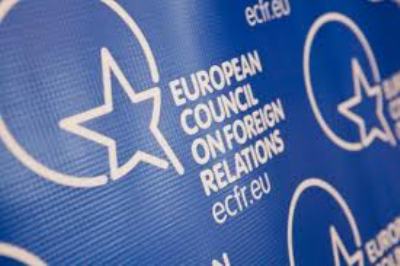 Berlin, Jun 19, IRNA — A report released by a European Union think-tank highlighted the crucial role of Europe in helping to complete a final nuclear deal with Iran.

Titled ˈDetente With Iran: How Europe Can Maximise The Chances Of A Final Nuclear Dealˈ, the report published by the

according to the author of the study, ECFR’s policy fellow Ellie Geranmayeh.

ˈEuropeans should maximise the chances of achieving and implementing a final deal by working with the US. If a deal is

agreed, Europeans can play a crucial role in implementing it, particularly if the US is constrained,ˈ Geranmayeh said.

ˈEuropeans should also prepare for a situation in which, because of opposition in US and Iran, a final nuclear deal cannot be reached,ˈ she added.

As the E3 plus 3 countries and Iran embark on an intense round of negotiations to draft a nuclear agreement by the 20 July deadline, Geranmayeh outlines the capacity for Europe to do more to safeguard the diplomatic track.

She highlights that a nuclear deal promotes Europe’s interests on strengthening the Nuclear Non-Proliferation Treaty (NPT),

avoids military escalation and could create openings to address regional security with Iran.

1. A settlement is reached by the interim deal 20 July deadline

2. The interim deal is extended for another six months

3. The US Congress blocks implementation of a final deal

4. The negotiations are derailed

Geranmayeh argues in her report that, if a deal is reached, Europeans can play a key role in implementing it.

In the likely event of the interim deal being extended, it may be necessary for Europeans to offer Tehran economic relief

in exchange for a continuation of the restrictions placed on Iran’s nuclear programme.

At the same time, Geranmayeh recommends that Europe should chart out a damage control plan in case of a breakdown

caused by hardliners either in Iran or the US.

In a scenario where the US legislature prevents the White House from implementing a final deal, Europe should not blindly follow an obstructionist Congress and in doing so risk undermining its own interests.

Rather, if Tehran shows commitment to diplomacy and to agreements reached, Europe should try to salvage negotiations by going further than the US in easing unilateral sanctions.

If it does so, it will need to protect European companies from the secondary impact of US sanctions.

Geranmayeh stressed that there was ˈnow a real opportunityˈ for a diplomatic solution to the issue of Iranˈs nuclear program.