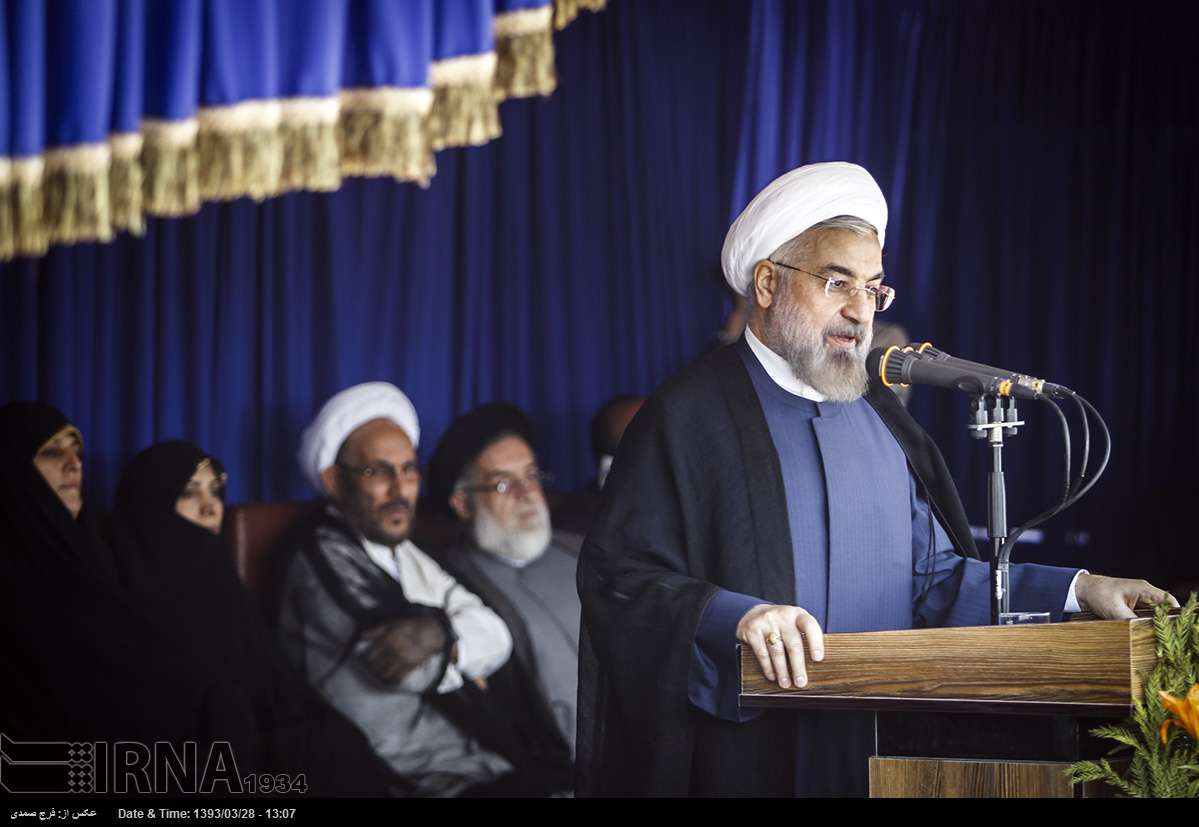 Rouhani and the cabinet are in Khorramabad for a two-day visit to the western province of Lorestan. Reportedly, the governor and Friday Prayer imam of the city, and a group of army commanders welcomed Rouhani at the airport.

Upon arrival in the Khorramabad airport, President Rouhani told reporters that the cabinet would make decisions intended to ‘improve the social welfare especially in employment.’

“The province has problems such as unemployment, fresh water, and other problems to which cabinet will attend,” Rouhani said, and added that he was proud to be among the ‘great and intrepid people of the province.’

He made a memorial tribute to all martyrs of the province who defended the country during the eight year sacred defense.

After a brief talk with the reporters at the airport, he will go to Takhti Stadium in Khorramabad to address a meeting of general public.

Rouhani said that the Islamic Republic of Iran had always been in the path of cooperation in dealing with other countries. “I strongly promise that the government has considerable steps to revive the nuclear rights of the nation and eliminating the sanctions and it will definitely take additional steps if necessary,” Rouhani asserted.

He made sideswipes to the Iraqi development, saying that Iran would not spare any opportunity to protect Shiite holy shrines in Iraq.

“The government is resolved to curb inflation and will act accordingly. Cabinet works to improve public health gradually,” he said, lavishing praise on Lorestan’s people as ‘being guilelessly devoted to the Islam and the Prophet’s household and their country.’

Rouhani maintained that the province was not a place where people suffer from unemployment. “We heard voices articulating public frustration with unemployment; today, however, multitudes of young people, university graduates feel the bitter taste of unemployment,” he asserted.