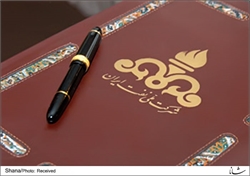 The development follows after NIOC director of research and technology Ali Emadi held talks with the Russian company’s officials in Moscow, SHANA reported on Wednesday.

Fruitful talks were held with this company’s officials and mutual cooperation will continue based on the previous memorandum, Emadi added.

He noted that all foreign companies are waiting for sanctions to be lifted under the aegis of Tehran’s nuclear talks with six world powers.

In 2011, Tatneft signed an accord worth $1b with Iran to develop the Zagheh oil field in the country.

A preliminary deal was signed in Tehran earlier today between Tatneft, which is based in Russia’s Tatarstan region, and Iran’s Petroleum and Engineering Development Company.

The Zagheh field, located in southwestern Iran, will start production within 24 months with a volume of about 7,000 barrels a day of heavy crude, and output will eventually rise to 55,000 barrels a day.