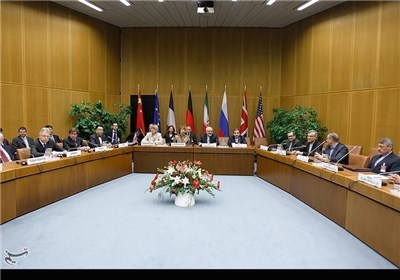 VIENNA (Tasnim) – Top diplomats representing Iran and the European Union, which coordinates diplomacy on behalf of the Group 5+1 (the five permanent UN Security Council members plus Germany), held a meeting in the Austrian capital on the third day of high-profile talks on Tehran’s nuclear case.

Iran and the Group 5+1 (alternatively known as the P5+1 or E3+3) have started the new round of high-profile negotiations in the Austrian capital since June 16.