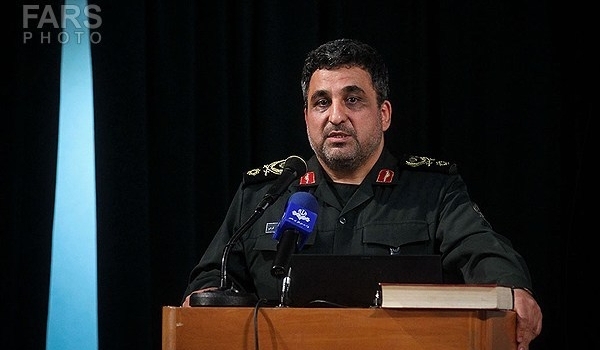 “We have hundreds of projects each year to enhance the level of our (military) products,” Farahi said, addressing a forum on the superior ammunitions of the Ground Force in Tehran on Wednesday.

He referred to Iran’s capability in building anti-armor missiles, and said, “We have manufactured Toufan (Hurricane) missiles in seven generations, from Toufan 1 to Toufan 7, using the same base and platform of TOW missiles and this trend continues.”

Farahi said that Iran has plans to build more advanced anti-armor missiles, and plans to continue upgrading the Toufan projects up to Toufan 11.

Meantime, he said the country is now in possession of other missiles, including Saeqeh, Tondar, Tousan, Dehlaviyeh, etc. which can be fired from helicopters, tanks and other platforms.

“A series of new missiles have been designed to be built by the Army’s Ground Force,” Pourdastan told FNA.

“The laboratory production of these missiles has started and one or two samples have been test-fired,” he added.

Noting that the Ground Force is building the missiles in cooperation with the Islamic Revolution Guards Corps (IRGC)’s Aerospace Force, he said that the new missiles will be unveiled and used in the form of a new class of missiles.