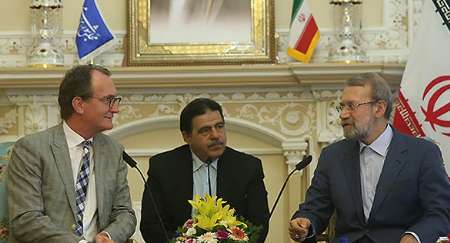 He made the remarks in a meeting with the Dutch Ambassador to Tehran Johannes Doma.

Doma, for his part, welcomed consolidation of ties with Teheran.

Referring to the ongoing nuclear talks between Tehran and G5+1, he expressed hope for the success of talks.

A comprehensive final nuclear deal between Tehran and G5+1, can help boost Iranˈs economic interactions with EU including Netherlands.