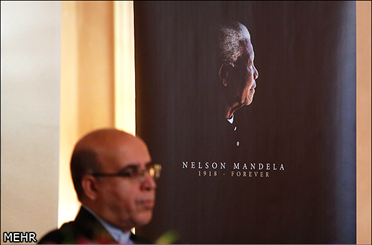 TEHRAN, June 17 (MNA) – The head of Investment Promotion Office of South Africa Department of Trade and Industry has declared his country’s interest for more investigation in Iran.

Head of Iran’s Organization for Investment Economic and Technical Assistance pointed to long relations between the two countries and added that Islamic Republic of Iran strongly supported any foreign investigation in the country.

Sadegh Akbari emphasized on preparing grounds on which the two countries could improve cooperation and expand trade and exchange.

He said the two countries had made efforts to ease conditions for more cooperation especially in private sectors.

He called all businessmen of South Africa willing to make investment in Iran’s economy to participate in Iran’s Free Trade Zones or industrial parks.

Akbari added that office of foreign investment was willing to establish a special desk for South Africa and to coordinate all trade transactions with the country.

South African official expressed his country’s interest for making investments in Iran and said that he would spare no efforts for good political relations with Iran.