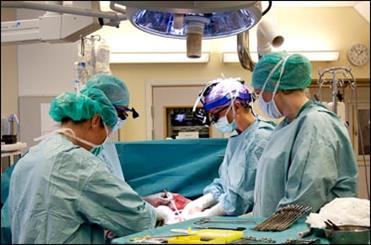 Wednesday edition of the English language newspaper Iran Daily quoted Professor Nasser Simforoush, a Shahid Beheshti University lecturer, as explaining that the operations were carried out through three-millimeter incisions that will disappear after three months.

UPJ obstruction is mostly seen in children and caused when there is a narrowing of area between ureter and a part of kidney called renal pelvis. Urine can build up and damage kidney.

An abnormal blood vessel over the ureter could be another outcome of the blockage. In older children and adults, the problem may be due to scar tissue, infection, earlier treatments for a blockage, or kidney stones.

UPJ obstruction is the cause of most urinary obstructions in children. It is now commonly detected before birth with ultrasound tests.

In some cases, the condition may not show up until after birth. Symptoms may include an abdominal mass or a urinary tract infection.