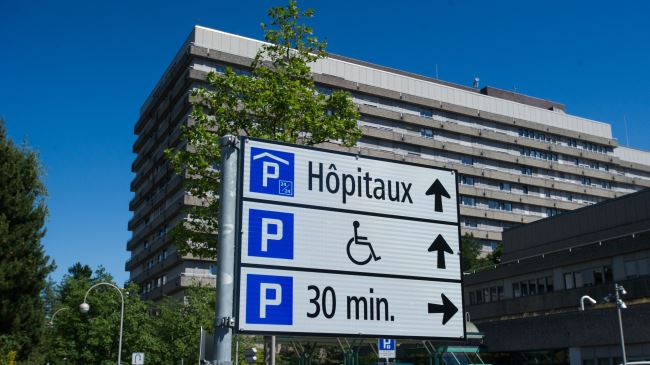 A view shows a sign board in front of the CHUV hospital (Centre Hospitalier Universitaire Vaudois) in Lausanne, where Formula One champion Michael Schumacher was transferred from a French hospital on June 16, 2014.

Formula One champion Michael Schumacher emerges from a coma following ski accident and is transferred from a French hospital to a facility in Switzerland.

He had sustained severe head injuries in the accident in December. On Monday, he was transferred to the Swiss hospital in Lausanne to continue rehabilitation.

A spokesman at University Hospital in Lausanne said that Schumacher had arrived on Monday morning.

Schumacher has won a record 91 Grand Prix victories. He left motor racing in 2013 after a disappointing three-year comeback.

He hit his head on a rock while skiing off-piste in the French Alps resort of Meribel last December 29.

“If he’s been released from the hospital he was in, it means he’s able to support his own breathing and bodily functions,” said Dr. Tipu Aziz, a professor of neurosurgery at Oxford University’s John Radcliffe Hospital.

The fact that Schumacher is going into rehabilitation “suggests there’s been long-term side effects of his injury,” he added.

“With rehabilitation, they’ll try to train him to cope with the disabilities that he’s got to achieve as much life function as possible,” Aziz said. “If he’s had a brain injury, he may have weakness in his limbs secondary to loss of brain function. He may have problems with speech and swallowing.”