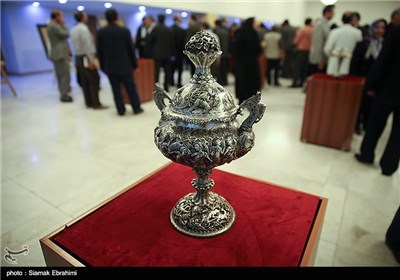 Tehran, June 17, IRNA — E-commerce is one of the outcomes of information technology, which has revolutionized economic fields.

Wednesday edition of the English-language newspaper Iran Daily wrote that Iran has the largest number of Internet users in the Middle East. It ranks 13th in the world in terms of users. This offers a great opportunity for developing Iranˈs economy through e-commerce.

The Internet World States website announced that most Internet surfers in the Middle East are in Iran.

“There are around 91 million Internet users in the Middle East in 2013, of whom 42 million are Iranians,” the website revealed.

India and China, with $5 million worth of annual handicraft production, rank second and third respectively.

Since Iran has a diverse range of handicrafts, the country is entitled to earn the best title.

The establishment of websites creates a permanent place to offer the works of craftsmen and facilitate their export.

By introducing the almost forgotten handicrafts and boosting business, craftsmen will be encouraged to revive the art and produce more handicrafts.

In other words, by using all the tools of e-commerce, handicrafts can be presented in a way that they find wide acceptance in the modern society and not remain restricted to remote towns or villages.