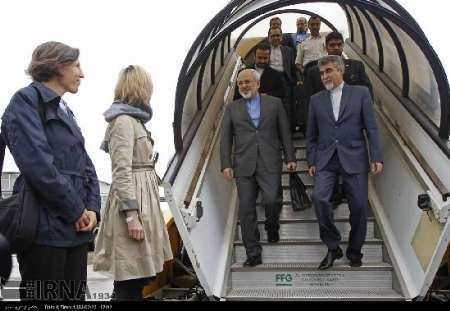 Zarif and European Union foreign policy chief Catherine Ashton are to discuss the ways to proceed the nuclear talks between Iran and the six western powers during a working dinner in Vienna this evening.

This is the first time Zarif and Ashton begin their talks during a working dinner, where the two sides would make decisions on the venue and time of Iran-G5+1 negotiations.