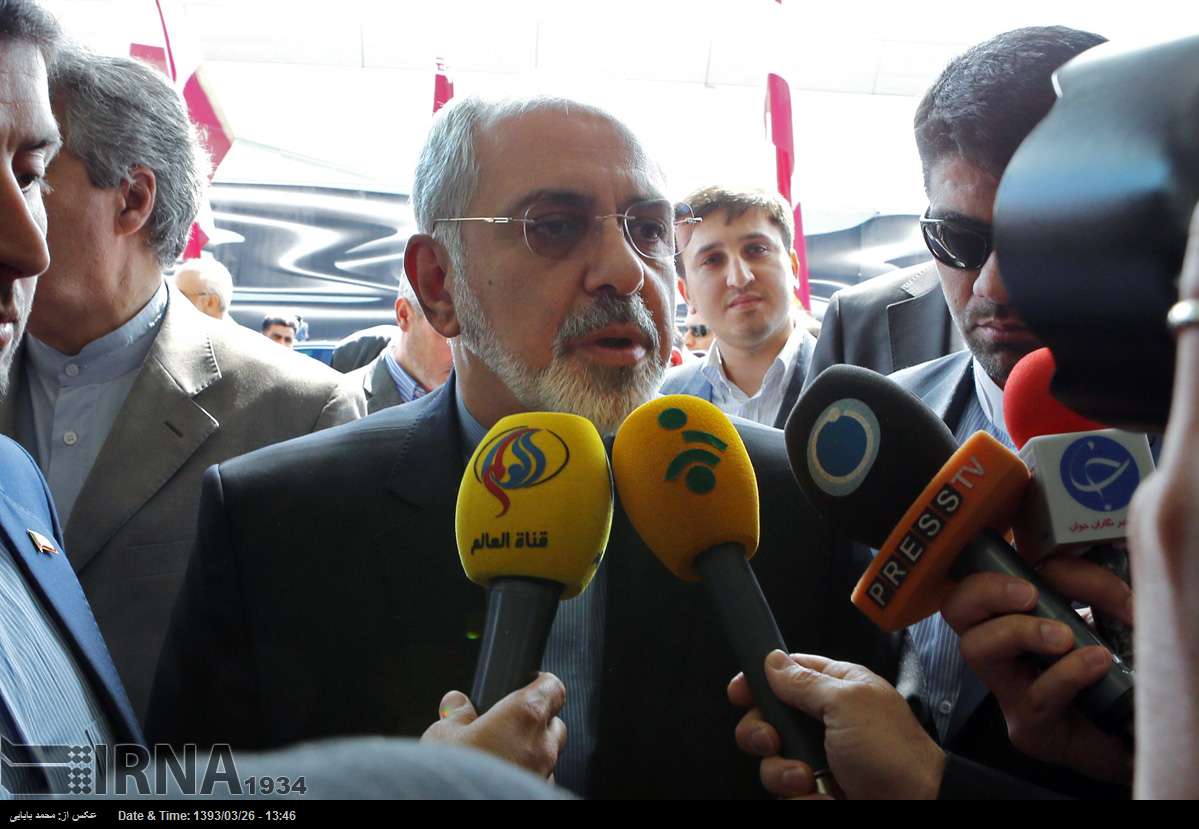 Vienna, June 16, IRNA – Foreign Minister of Iran Mohammad Javad Zarif said on Monday that during nuclear talks in Vienna, the Iranian side will act in a way that will preserve the Iranian nationˈs rights.

Speaking to reporters upon his arrival at the airport, Zarif said reaching a final agreement will be possible, ˈif the other side enters into talks with realism. ˈ

The Iranian foreign minister arrived here to attend the fifth round of nuclear talks with the Group 5+1.

ˈDuring the past few months we held several rounds of talks with the P5+1 and I believe that during the upcoming round of talks we have to begin drafting the final agreement,ˈ Zarif told reporters.

He added that the fifth round of talks would begin with a working lunch with European Union foreign policy chief Catherine Ashton, followed by a tripartite meeting with the US representatives later on Monday.

He said that on Monday, the two sides are to discuss ways to proceed with the nuclear talks between Iran and the six western powers (US, Britain, France, Russia and China plus Germany).

ˈReaching an agreement is possible if the other side has a real determination,ˈ Zarif stressed.

ˈThere are still some disagreements,ˈ Zarif said stressing that if the ˈother negotiating party is determined to hold serious talks then reaching an agreement will be possible.ˈ