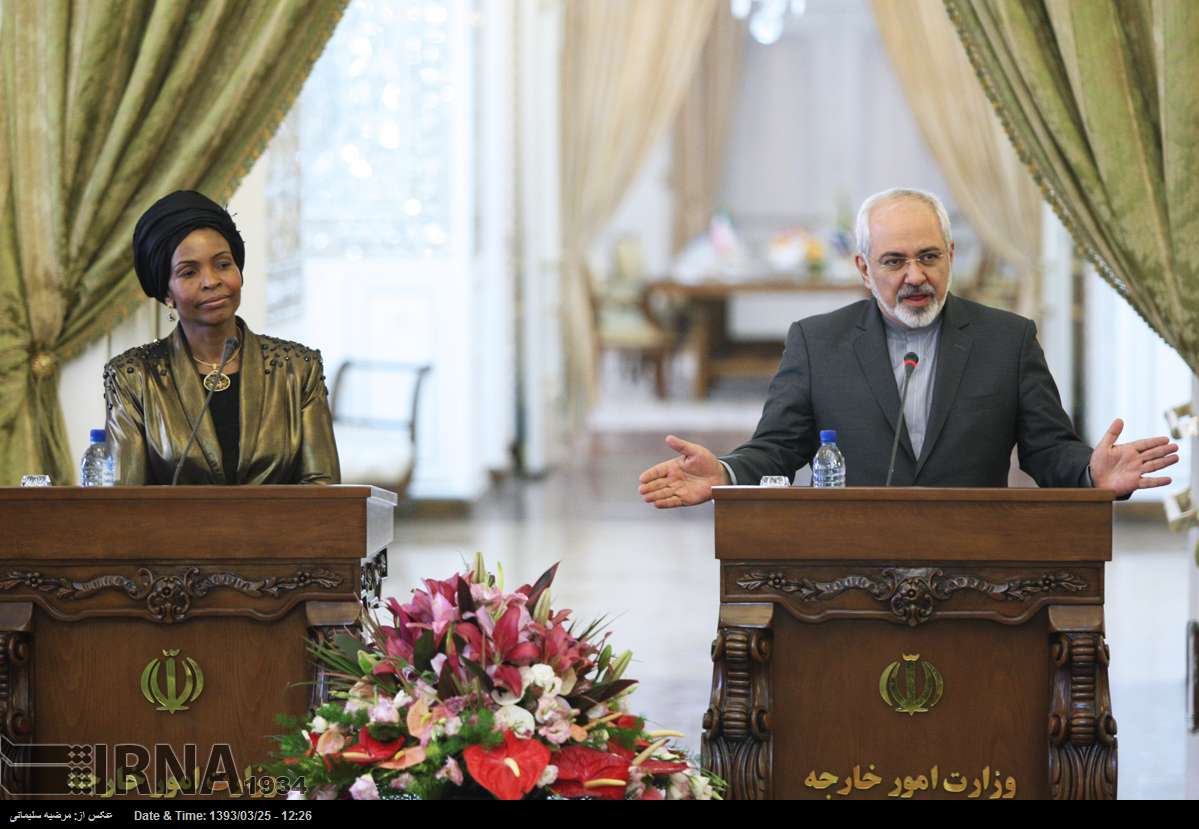 She made the remarks in a joint press conference with Foreign Minister Mohammad Javad Zarif.

The removal of sanctions can help boost economic interactions between the two states, Mashabane said.

She thanked Tehranˈs support for the South African anti-apartheid movements two decades ago.

Mashabane announced that South African President Jacob Zuma is to visit Iran in the next few months to attend the 12th session of the two countries Joint Commission.

Zarif for his part underlined the need for reinforcing South-South cooperation to tackle terrorism.