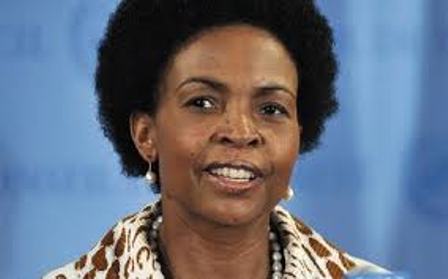 South African minister due in Tehran on Sunday

Tehran, June 14, IRNA – South African Minister of International Relations and Cooperation Maite Nkona Mashabane is due in Tehran on Sunday, it was announced on Saturday.

During her stay, she woll confer with high ranking Iranian officials on expansion of mutual relations and cooperation along with regional and global developments.

In her meeting with Foreign Minister Mohammad Javad Zarif, she is to study issues of mutual interests as well as regional and international developments.

After the meeting she will attend a joint press conference with Zarif and will answer to questions raised by reporters.

Recently an economic delegation from South Africa visited Tehran to explore grounds for expansion of bilateral economic cooperation in various sectors such as mining, industry, investments, foodstuff and agriculture.

During her stay, preliminary measures are be taken to hold the 12th session of Iran-South African economic cooperation commission.

The South African minister of international relations and cooperation attended the swearing-in ceremony of President Hassan Rouhani last year and also met with a number of top Iranian officials.