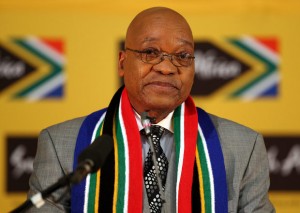 In a joint press conference with his South African counterpart here in Tehran, Zarif slammed the escalation of violence in the Middle East and Africa under the name of Islam, saying that we all strongly condemn the terrorist attack.