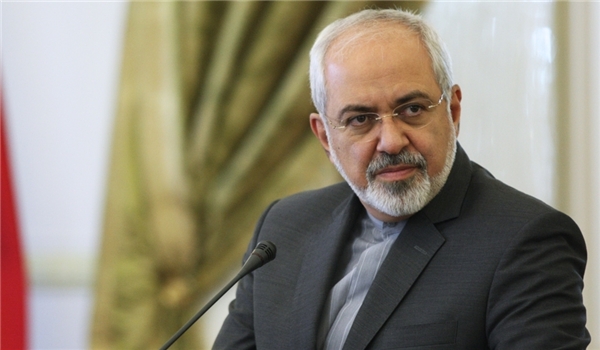 TEHRAN (FNA)- Iranian Foreign Minister Mohammad Javad Zarif expressed sympathy for the bereaved families of the schoolgirls and women kidnapped by Boko Haram, a Wahhabi Al-Qaeda-affiliated group, in Nigeria, and called for cooperation among the regional nations to combat terrorism and extremism.

“This act against the innocent women and girls which is carried out in the name of Islam is certainly hated and unacceptable to all and all these events show the necessity for South-South talks in fighting violence and extremism,” Zarif said in a joint press conference with his South African counterpart Maite Nkoana-Mashabane in Tehran on Sunday.

“The ominous phenomenon of terrorism, extremism and violence has affected our region as today we are witnessing and suffering from this phenomenon in Iraq and Syria as well as Africa,” Zarif said.

He referred to Iranian President Hassan Rouhani’s World Against Violence and Extremism (WAVE) proposal at the UN General Assembly, which calls on all nations across the globe to denounce violence and extremism, and described it as an agenda for the two countries’ talks and cooperation in fighting violence and extremism.

“The developing countries should fight the problems created for them and find solutions for their materialization,” the Iranian top diplomat added.

Nkoana-Mashabane, for her part, called for collective efforts by the countries of the South to confront terrorism and radical groups.

“We welcome confronting extremism and violence through dialogue within the framework of South-South cooperation,” the South African foreign minister said in the joint press conference.

She underlined that countries of the South can confront extremists and prevent tragic incidents like the recent abduction of over 200 Nigerian school girls.

Meantime, Nkoana-Mashabane expressed the hope that the abducted Nigerian girls would be freed soon.

South–South Cooperation is a term historically used by policymakers and academics to describe the exchange of resources, technology, and knowledge between developing countries, also known as countries of the global South.

In 1978, the United Nations established the Unit for South–South Cooperation to promote South–South trade and collaboration within its agencies.

However, the idea of South–South cooperation only started to influence the field of development in the late 1990s. Due to the geographical spectrum, the cooperation is now well known as Africa-South America (ASA) cooperation.

South–South cooperation has been successful in decreasing dependence on the aid programs of developed countries and in creating a shift in the international balance of power.