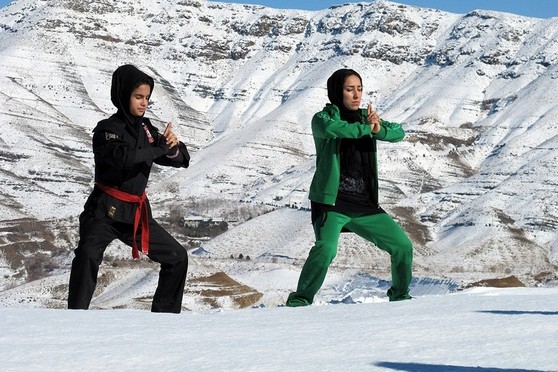 The Open City Docs Fest London is celebrating Cinemadoosti (the Persian word for cinephilia) with a collection of Iranian documentaries that take a look at contemporary Iran, mainly through the eyes of female filmmakers.

In My Stolen Revolution, the director Nahid Persson Sarvestani uses archival footage to look back on her involvement in the 1979 revolution and how the dreams of those promoting a secular society were swept aside. She tracks down fellow female activists, making great discoveries and finding incredible resilience in the face of terrible adversity.

The first-person documentary Jerry & Me sees director Mehrnaz Saeed-Vafa remember her childhood through the movies she went to see with her father, in particular those featuring the comedic genius of Jerry Lewis. The accompanying voiceover gives a potted history of Saeed-Vafa, including her time teaching cinema to the Iranian political filmmaker Jafar Panahi and a move to the United States. Directing what is sure to be one of the highlights of the festival, Saeed-Vafa will be attending the screening in London and delivering a post-screening talk.

Iranian Ninja is exactly what it says on the tin, a film about Iran’s first female ninja Khatereh Jalilzadeh. It shows her teaching martial arts and reveals the tragic reasons behind her decision to become a ninja.

Another unexpected career choice occurs in Sepideh, in which the eponymous protagonist dreams about becoming an astronaut. The director Berit Madsen mixes scenes from the life of Sepideh with letters she has written to Albert Einstein postulating on scientific thought and her experience of astronomy. There is even a bit of romance thrown in for good measure. What becomes apparent in both Trucker and the Fox and My Name Is Negahdar Jamali and I Make Westerns is that male filmmakers are also facing similar struggles in Iran. Put together these Iranian filmmakers and a new breed of “selfie” filmmakers can be seen; one in which personal tales are made very public.