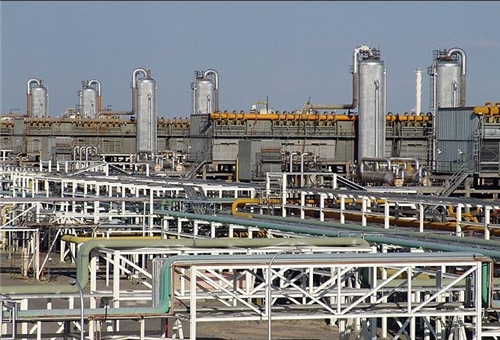 Informed sources told FNA on Sunday that Switzerland has recently approached the Iranian oil ministry officials for the start of negotiations over importing the country’s gas supplies.

Also Greece has indirectly called for Iran’s gas exports since the European country’s officials believe that Iran can transfer its gas to Greece through Turkey and then to other countries across the Europe.

Other countries which have entered direct gas talks with Iran include Germany (a member of the world powers negotiating with Tehran over its nuclear program), Poland, Japan, Austria, Oman, Turkey and Iraq.

According to the sources, the European and other countries’ officials and analysts believe that Iran is the safest supplier of energy in the world.

Iran’s energy sector is under unilateral US sanctions which punish any third party which works with Iran. Iranian officials have dismissed US sanctions as inefficient, saying that they have enough partners for trade and exports.

Some European countries have recently voiced interest in investment in Iran’s energy sector after a gas deal was signed between Iran and Switzerland regardless of US sanctions.

The National Iranian Gas Export Company and Switzerland’s Elektrizitaetsgesellschaft Laufenburg signed a 25-year deal in March 2010 for the delivery of 5.5 billion cubic meters of gas per year.

In mid-February, media reports said that Ankara has started talks with Iran for the construction of Iran–Turkey–Europe Natural Gas Pipeline Project (ITE) to convey the gas supplies to Europe through Turkey.

The pipeline project is being considered by Turkey as international sanctions against Iran’s energy sector are shrinking following the implementation of Iran’s nuclear deal with world powers.

For transit passage of natural gas sourced in Iran through Turkey, the Iranian Oil Ministry and the Energy and Natural Sources Ministry of the Republic of Turkey signed an “Agreement Protocol” on November 17, 2008.

The protocol also provides for Turkey to be able to procure its natural gas requirement from the pipeline under the project, if required.

The pipe diameter under the project is 56 inches and its operating pressure is 92 bars. Its proposed service life is 40 years.