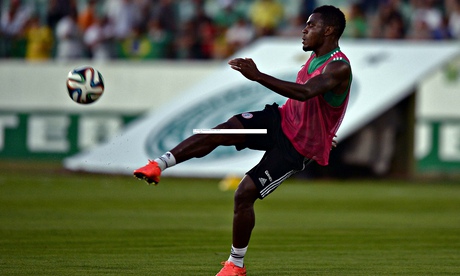 Iran and Nigeria have something in common going into their World Cup clash. When they meet on Monday at the Arena da Baixada, both teams will be attempting to win their first match in the World Cup finals since France 1998. With Argentina the clear favourites in Group F, Iran and Nigeria are expected to compete with Bosnia-Herzegovina for second spot.

Though Nigeria are often considered a powerhouse of African football, the Super Eagles have not won at the World Cup since defeating Bulgaria in a group match 16 years ago. Since then, they have endured two fairly dismal World Cup campaigns, including in South Africa in 2010, notching up a grand total of two points.

That is not good enough for a team many have touted as the most likely to become Africa’s first World Cup winners. After all, Nigeria have pedigree on the global stage, having defeated Argentina to win the Olympic gold medal in Atlanta in 1996.