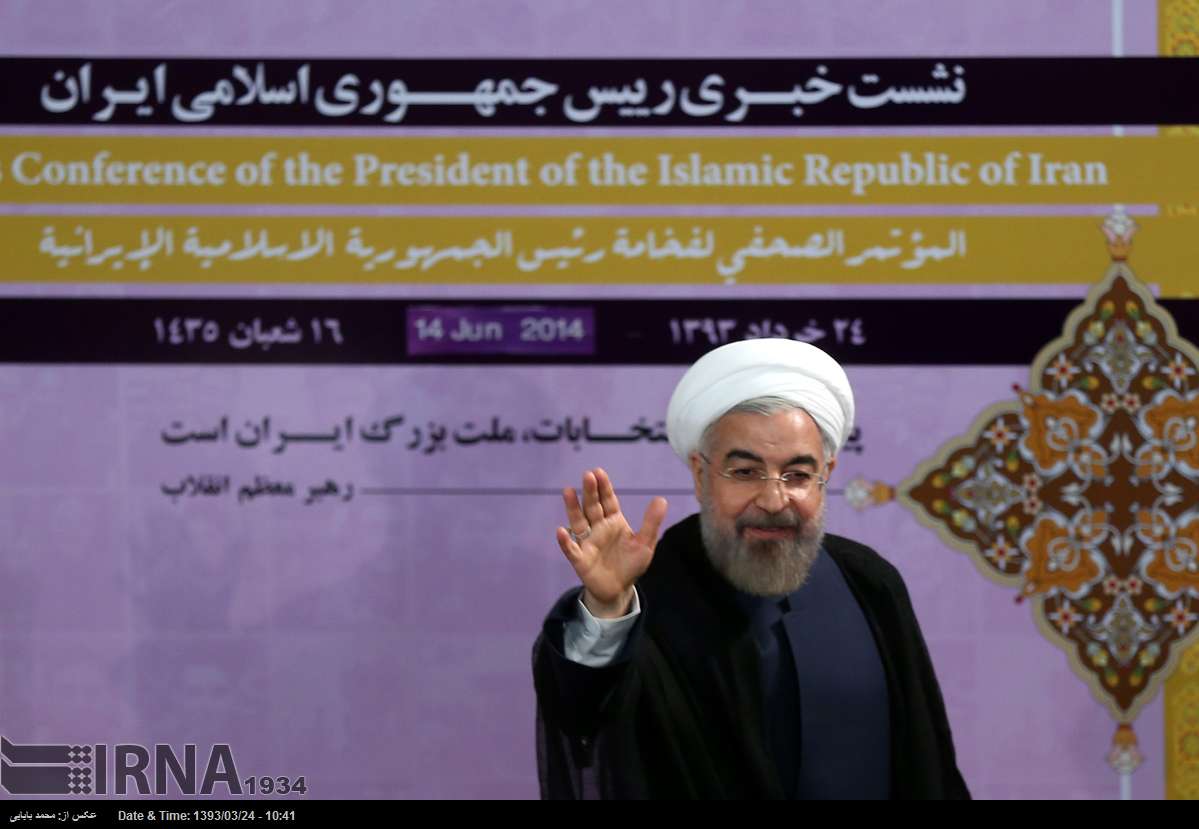 President Rouhani: No message received or sent by US priest or monk

Tehran, June 14, IRNA – President Hassan Rouhani said Saturday that he has met no American priest or monk who had brought him a message from US President Barack Obama.

He made the remarks during his second televised press conference which was held here with participation of over 200 domestic and foreign reporters and photographers.

ˈI have met no priest or monk with a message. But to make it clear for all, I should say, if a message is to be exchanged between me and Mr. Obama, it will not be complicated. He will write a letter and I will do the same,ˈ said the President.

He said in the first days of his victory as Iranˈs seventh president in 2013, President Obama had sent him a letter, adding, ˈI replied and then I sent him a message that he answered me.ˈ

He reiterated that the two had no problem in exchanging letters. ˈThere are many easy official and non-official ways to do that. Presently, Iranian negotiators are in talks with the officials of US Department of State,ˈ said the President.

ˈI neither received by nor sent a message to a monk or whoever you meant,ˈ the President noted.