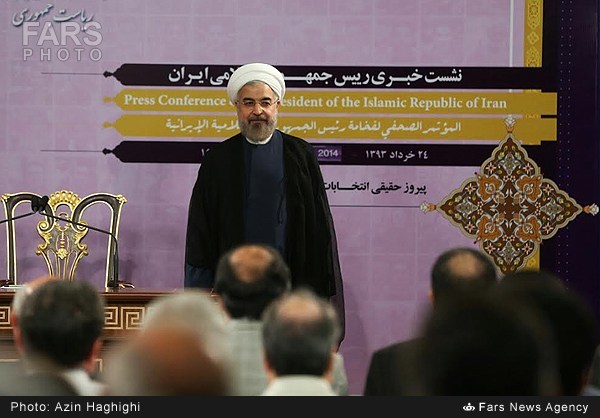 Iran stands ready to help Iraq’s government in its fight against Sunni Muslim insurgents within the framework of international law, although Baghdad has so far not requested assistance, President Hassan Rouhani said on Saturday.

Iran urges West to avoid past illusions in nuclear talks

The Iranian foreign minister has urged the six world powers to be wary of the old illusions, which can torpedo a final nuclear deal with Iran and undermine the geopolitical stability of the Middle East.

An Intelligence deputy-Minister has said Iran has arrested 30 Al-Qaeda members within a month.

The Pentagon says the US aircraft carrier George H.W. Bush and more than 50 attack aircraft are in the Persian Gulf, ready to launch attacks against Takfiri militants in Iraq.

It will take a minor miracle for either Iran or Nigeria to qualify for the knockout stages, but this is the World Cup and anything can happen.