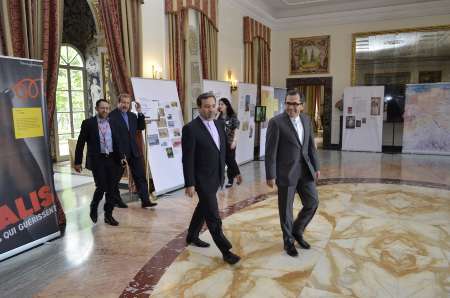 The Iranian negotiating team had arrived in Rome on Wednesday to take part in bilateral talks with senior Italian officials and also discuss the latest developments in Iranˈs talks with the six world powers (the US, Russia, France, China and Britain plus Germany).

During the meeting, the Italian foreign minister expressed the hope that Iran-world powers talks will bear result by July 20.