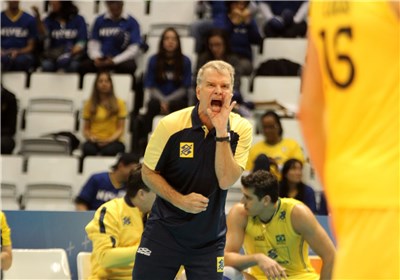 Iran lost to Brazil 3-2 last week in Pool A and defeated the team in straight sets 3-0 two days later in Sao Paulo.

Iran will play Brazil in the fourth week of the Intercontinental Round of the FIVB World League on Friday and Sunday, June 13 and 15, at the Azadi Sports Complex in Tehran.

“Volleyball in Iran has improved in the recent years. You will hear more good news about the Iranian volleyball team after the great teams face the team in Iran,” Rezende said in the pre-match news conference.

“I’m surprised by hospitality of Iran. Everything is ok here. We will try to show a good performance against Iran on Friday. But don’t forget Iran will play in front of its fans,” the Brazilian coach added.

“At the moment, Iran is better than Brazil. Japan and Korea were the best Asian teams in the past years but now Iran is the best team in the confederation. Iran will also take advantage of a good coach like (Slobodan) Kovac,” Rezende said.