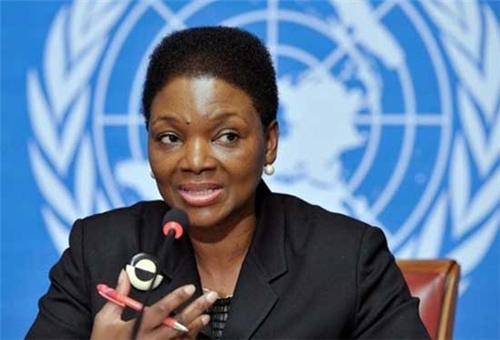 TEHRAN (FNA)- UN Undersecretary-General for Humanitarian Affairs and Emergency Relief Coordinator Valerie Amos is due to visit Tehran soon to make coordination on sending humanitarian aid from Iran to Syria.

Iranian Deputy Foreign Minister for Arab and African Affairs Hossein Amir Abdollahian in a phone conversation with Amos on Tuesday conferred on ways to send Iran’s humanitarian aids to Syria.

According to a report by the Iranian foreign ministry, Amos will visit Tehran in the near future for further coordination.

An Iranian ship loaded with 30,000 tons of various food supplies was sent to Syria in April.

Following the arrival of Iran’s humanitarian aids, Syrian Prime Minister Weal al-Halqi ordered the officials in charge to discharge the ships’ cargos as soon as possible and deliver them to people, asking Social Affairs Ministry to hand over the relief aid to all Syrian cities, particularly to the Eastern provinces of Hasaka and Deir Ezzur.

Syria has been experiencing unrest since March 2011 with organized attacks by well-armed gangs and terrorists against both the army and civilians.

Tens of thousands of people have been killed since terrorist and armed groups turned protest rallies into armed clashes.