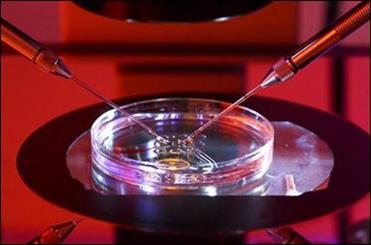 MASHHAD, June 10 (MNA) – Researchers in Ferdowsi University of Mashhad have developed cell launcher for the first time in Iran.

The launcher would help separate rodent cells. Mohammad Shoukouhifar, the developer of the launcher told Mehr News that cell launcher project was launched by an order by the Rodentology Center of Ferdowsi University of Mashhad in 2010. “The device is capable of launching the contents of mice or any other rodent’s bone marrow in certain speed and angle during cell experiments so that not to disjoint any cell component,” he added.

“The device puts the content in a syringe and launches the content with desirable speed and adjustable angle and acceleration. Without such devices, separating rodent cells would be replete with errors,” he asserted.

“The solution containing the bone marrow is launched by the device in an angle and acceleration so that it avoids damage to the nucleus. The cell tissue unfolds under microscope and the researcher reaches to the major chromosome,” the senior researcher said, and that “this is of course in the early stages of research on rodents’ cell tissues.”

“If the major chromosome damages, cell will be effectively labeled dead. The device could prevent the death due to improper launching of the cell,” said Shoukouhifar.

“The device would also find applications in artificial insemination. The target market for the device is livestock science,” he added.