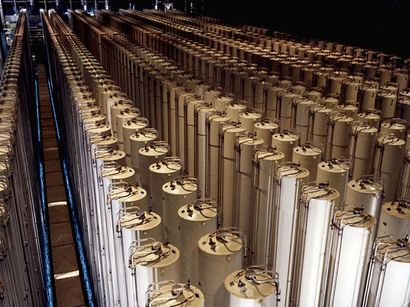 France says Iran must budge on centrifuges for talks to succeed 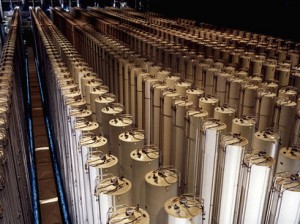 (Reuters) – Iran must drop its demands to have thousands of centrifuges used to enrich uranium if it wants a lasting deal with major powers over its disputed nuclear program, France’s foreign minister said on Tuesday.

Highlighting a big gap in negotiating positions, Laurent Fabius told French radio that Iran should only have a few hundred centrifuges, machines that spin at supersonic speed to increase the concentration of the fissile isotope.

Iran – which says its nuclear program is peaceful and rejects accusations that it has been seeking to develop a nuclear weapons capability – now has around 19,000 centrifuges installed, of which roughly half are operating. It says it needs to expand its capacity to fuel planned nuclear power plants.

“We are still hitting a wall on one absolutely fundamental point which is the number of centrifuges which allow enrichment,” Fabius told France Inter radio.