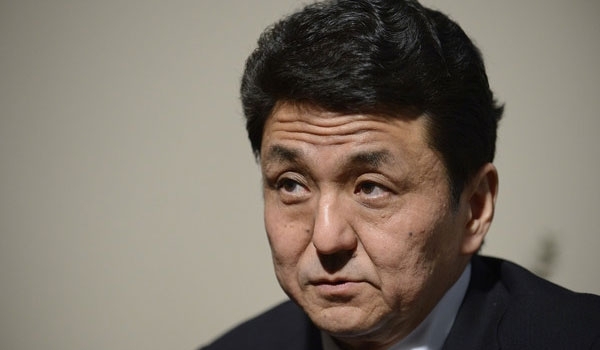 During the meeting in Tehran on Monday, Nobuo Kishi welcomed the positive trend of the nuclear talks between Iran and the Group 5+1 (the US, Russia, China, Britain and France plus Germany) which has led to the easing of some sanctions against the Islamic Republic, and announced his government’s support for the negotiations and Tehran’s constructive role in these talks.

He also underscored Iran’s good and extensive economic and trade capacities, and said Japanese firms are willing to play a more active role in Iran’s lucrative market and invest in different sectors.

Noubo Kishi expressed the hope that his country’s companies could make long-term investments in Iran after the removal of certain existing obstacles and preparation of the grounds for enhanced trade and economic exchanges.

Many European and Asian companies are making increasing demands for cooperation with Iran after Tehran and the world powers struck a deal in November which removes sanctions against the country.

Many European countries, including France, Germany and the Netherlands, are planning to enhance their economic relations with Iran, a business powerhouse in the Middle East region, as sanctions imposed against Tehran are partially suspended.

“Optimism is predominating that there has finally been something of a relaxation in political relations and therefore in business possibilities,” Head of Trade Relations at the Association of German Chambers of Commerce Volker Treier said late in January.

Dutch Ambassador to Iran Jos Douma held a similar meeting in the Netherlands in January to discuss the terms of cooperation between Tehran and the Dutch companies which are eager to return to the Iranian market.