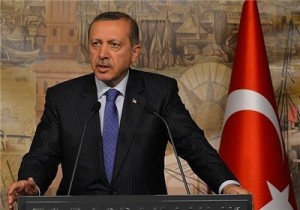 Turkish Prime Minister Recep Tayyip Erdoğan has spoken out against the international sanctions imposed on Iran.

Press TV reports that on Saturday June 7, Erdogan was addressing the Association of Exporters in Istanbul when he criticized the sanctions, saying they have reduced trade between Iran and Turkey.

The statement comes one day before President Hassan Rohani is scheduled to arrive in Turkey with a large delegation of his cabinet ministers to meet with his Turkish counterpart, Abdollah Gul, as well as the Turkish Prime Minister.

The latest statistics released by Turkish officials show that trade between Iran and Turkey fell by about 16 percent in the past year. In January, the two countries signed an agreement to increase mutual trade.