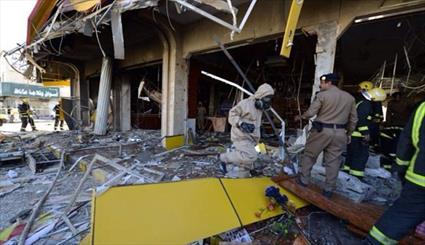 4 armed men shelled the bus with grenades and then set it on fire.

A different report by Al-Alam TV network Persian website had a different account of the attack. The report mentioned death of 23 pilgrims and injuring 7 others (6 women and 1 child).

Al-Alam account said that 4 Takfirists terrorists attacked a restaurant where 300 pilgrims stopped for eating launch. Al-Alam reported taht a Takfirist terrorist was killed by security forces without success. However, three others managed to go among the crowd and exploded themselves.

The report also had that Democratic Party of Hazara and Pakistan’s clerics condemned the attack.

Pakistan’s Sama TV report quoted a Pakistan’s Baluchistan government official that the bus was en route to Quetta from Iranian side of the border. The official suggested the probable rise in the number of casualties, with majority of Shiite pilgrims.