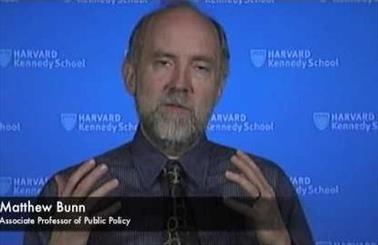 Solution to Iran nuclear issue would serve interests of all

In an exclusive interview with Tehran Times, Matthew Bunn, talked about Iran nuclear negotiations “Howeve the two sides remain far apart on issues such as constraints on centrifuge capability and the duration of an agreement.”

Bunn, who served as an adviser to the White House Office of Science and Technology Policy, is of the opinion that a solution to the dispute over Iran’s nuclear issue would benefit Iran and its negotiating partners – the U.S., Germany, China, France, Britain, and Russia.

“A negotiated solution to the nuclear issue would serve the interests of all parties,” Bunn said in an interview with the Tehran Times.

Senior negotiators from the United States and Iran are scheduled to meet in Geneva on Monday (today) for two days of talks ahead of the next round of negotiations between Iran and the 5+1 group.

Nuclear talks in Vienna in May ended without progress. Iran and the major powers set July 20 as a deadline to reach a final deal.

However, the Harvard University professor says it may be “quite difficult” to reach a comprehensive agreement by this date “because of mutual mistrust, domestic political constraints in both Tehran and Washington, and the very large gap between the sides’ positions.”

Q: Is it possible that Iran and the 5+1 group agree on a comprehensive deal by July 20? If not, what will be the problems or challenges ahead?

A: It’s possible, but very unlikely. The sides have made good progress on the Arak reactor, but remain far apart on issues such as constraints on centrifuge capability and the duration of an agreement. Iranian readers should understand that even a modest number of centrifuges — far fewer than Iran has installed today — is enough to produce enough material for a bomb in less than a year, and that poses a major concern to the international community.

Q: Some Western diplomats have said that Iran’s missile capability should be part of the negotiations. Don’t you think that the raising of this issue is due to Israeli fears?

A: UN Security Council Resolution 1929, acting under Chapter VII of the UN Charter, legally obligates Iran not to “undertake any activity related to ballistic missiles capable of delivering nuclear weapons, including launches using ballistic missile technology.”  Hence, like enrichment, missile technology is one of the items that would have to be addressed in a new Security Council Resolution if UN sanctions on Iran were to be lifted. It is not just Israel but many countries within range of these missiles (including nearly all of the Middle East and much of Europe) that are concerned.

Q: Israel’s interests differ from those of the U.S. in regard to Iran’s nuclear program. So how should the U.S. bridge these differences?

A: Israel is not a party to these negotiations, though Israeli and U.S. officials are discussing the approach the United States has been taking.  Both the United States and Israel would like to see a negotiated outcome in which Iran would stay a substantial distance away from a nuclear weapons capability in a verifiable way, and would have nuclear-related sanctions lifted.  I believe that would be in Iran’s interest as well.

Q: What is your prediction of nuclear talks? Some experts say if the nuclear issue is resolved the West will seek new pretexts to put pressure on Iran. What is your analysis?

A: I believe a negotiated solution to the nuclear issue would serve the interests of all parties.  Nonetheless, it may be quite difficult to reach, because of mutual mistrust, domestic political constraints in both Tehran and Washington, and the very large gap between the sides’ positions.  While Iran and the United States have disagreements over terrorism, Israel, human rights, and other issues, I believe Iran can get all of the most painful sanctions — in particular the financial sanctions and those that are constraining Iran’s oil exports — lifted if there is a deal on the nuclear issue.  That would then greatly increase the chance for cooperation in other areas that could ultimately result in the other U.S. sanctions being lifted.