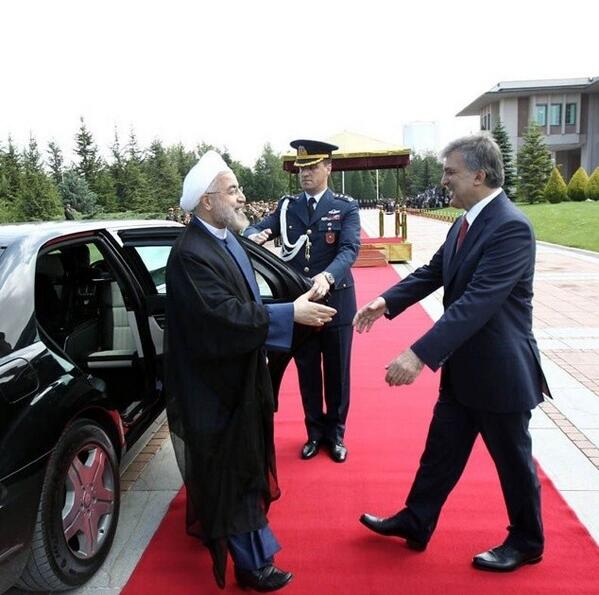 President Rouhani in Turkey for talks

Iranian President Hassan Rouhani has arrived in Turkey to hold talks with senior Turkish officials on bilateral relations as well as regional issues.

The Iranian president has held a meeting with Turkish Prime Minister Recep Tayyip Erdogan in the capital, Ankara, on Monday.

Ahead of his departure for Ankara on Monday, Rouhani said security concerns and trade opportunities, especially in the energy sector, will be at the heart of the talks with Turkish officials.

He also noted that ministers from both countries will hold a joint meeting during the visit.

According to Rouhani, the Iranian and Turkish officials will also exchange views on  issues of regional and international significance, including the fight against violence, extremism and terrorism.

According to the figures released by the Turkish Statistical Institute (TurkStat), Iran-Turkey trade turnover stood at USD 3.256 billion in the first quarter of 2014.

Tehran and Ankara are planning to boost their annual trade transactions to 30 billion dollars by 2015.