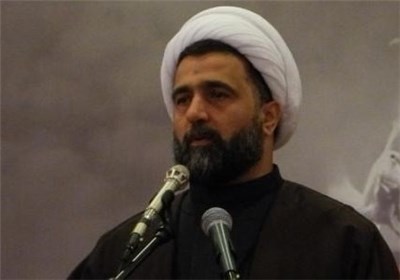 TEHRAN (Tasnim) – The Lebanese Hezbollah Resistance Movement complies with the country’s defensive strategy, which necessitates securing Lebanon against Israel’s intrusion, a senior member of the executive council of Hezbollah stated.

“In short words, Hezbollah’s defensive strategy is to not allow the Israeli enemy to violate even a piece of Lebanon’s soil,” Khalil Rizk told the Tasnim News Agency in Damascus.

Asked about the Zionist regime of Israel’s preparedness to wage a possible war against Hezbollah, Rizk underscored that the Tel Aviv regime’s humiliating defeats in the previous military encounters with the resistance forces have dissuaded the Israelis to repeat mistakes of the past in Lebanon.

He made a reference to Hezbollah’s victories in the past, including liberation of Lebanese lands in 2000 and Israel’s defeat in the 33-day summer war of 2006.

In relevant comments on May 25, Hezbollah Secretary General Seyed Hassan Nasrallah reiterated that the axis of resistance will defeat the plots hatched by enemies to spread sectarian and ethnic conflicts in the region.

He also reiterated that May 25 victory has glorious and historical meanings and indications, including mainly the fall of the ‘Greater Israel’ project.

“The repercussions of the victory still exist in Lebanon, Palestine, the Zionist entity and the region,” he added.