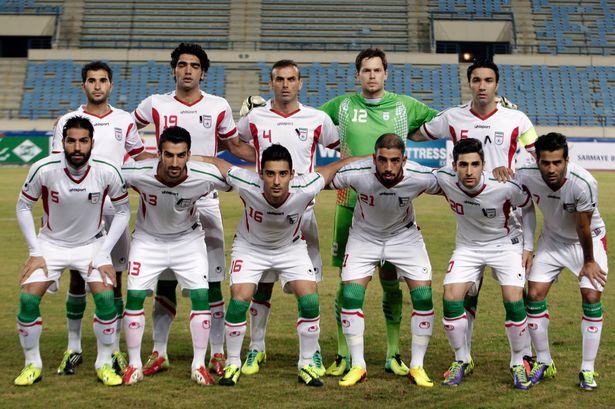 Iran are 3000/1 to win the World Cup, but can former Manchester United assistant Carlos Queiroz inspire his side?

Iran will take part in their fourth finals after the 1978, 1998 and 2006 tournaments. In each of their previous three outings, they have failed to make it past the opening round.

Iran’s only victory in nine World Cup matches was a 2-1 win over USA in 1998, courtesy of goals from Hamid Estili and Mehdi Mahdavikia.

Iran made their World Cup debut in the 1978 edition and earned their first point with a 1-1 draw against Scotland.

Queiroz notably coached Portugal to two Under 20 World Cup titles in 1989 and 1991, before enjoying success as assistant coach to Sir Alex Ferguson at Manchester United.

With 140 caps to his name, Nekounam is an icon of Iranian football. The 33-year-old skipper, usually a central midfielder, is known for his ability to dictate games with his passing and has a fearsome long-range shot.

A figurehead for his country, Nekounam will know progressing from Group F will be a tough ask. But he’s just delighted to be involved in the tournament. “We are so happy to be going to the World Cup,” he said.

“It doesn’t matter if you are famous or not known, all players dream of playing there. It is hard to explain how I felt but when we qualified, it was one of the best moments of my life. We have to train hard, prepare well and be at our best. And then we will see what happens in Brazil.”

The Fulham man enjoyed an inform end to the Premier League season, despite the Cottagers failing to avoid relegation. Scored one superb goal against Everton and will be Iran’s key man.

Their chances of getting out of the group may be slim, but if Queiroz’s men are to do just that, Dejagah will have to be on top of his game.

Iran hit the campaign trail earlier than any of the other Asian qualifiers, starting on July 23, 2011 with a 4-0 win over the Maldives.

Iran lost just two of their 16 qualifying matches, with 10 wins and four draws.

Those 10 qualifying victories were split equally between home and away fixtures.