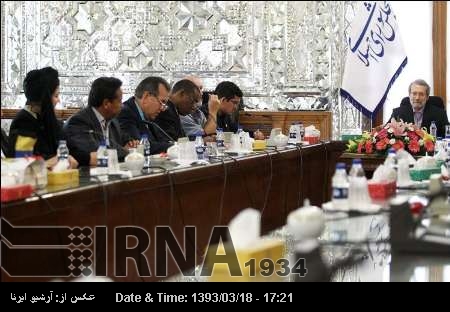 Speaking to Vice-President of Nicaragua Parliament, Irís Marina Montenegro Blandón, in Tehran on Sunday, Larijani said he highly respected the people and leaders of Latin American states and the independent and anti-arrogance stances of them are endeared by the Iranian people.

He went on to say that failure of various imperialistic plots in the world has provided suitable conditions for further cooperation and unity among the freedom loving and independent states.

Blandón, for her part, lauded the personality of the late Imam Khomeini as an ever living revolutionary figure in the history the independence seeking nations.

She said her presence in Iran to attend ceremonies marking departure anniversary of the late Imam was a great opportunity get acquainted with considerable progress of Iran. ˈWe are witnessing that the Iranian people have managed to achieve many honors under difficult conditions.ˈ