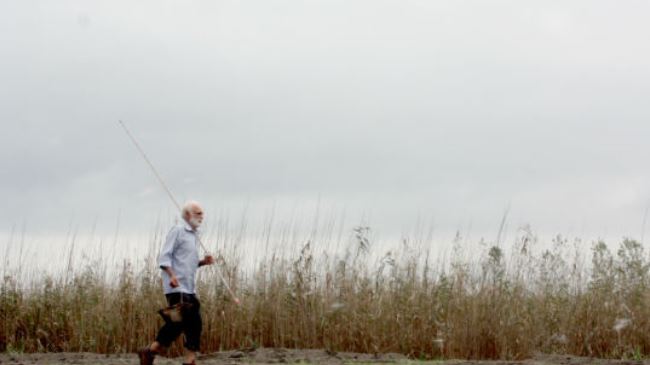 A scene from ‘ Empty Handed But Standing Strong’

Nabizadeh’s short film grabbed the Best Cinematography Award at the short films category of the festival of Erbil in semi-autonomous Kurdistan region in Iraq.

The film was selected from among 28 short productions participated in the event from Greece, Turkey, Lebanon, The united Kingdom and several other countries.

The 14-minute film is the story of an old man who is a newcomer in a village, and the way he cherishes hope and faith in his life.

Nabizadeh’s HD production has been screened in several international events such as Italy’s Religion Today Film Festival in 2011.

The film also received Moustapha Akkad Award at the 2013 edition of Insight Film Festival in the UK.

A number of other Iranian cineastes also garnered top awards at the various categories of the First Erbil International Film Festival.

Milani headed the festival’s jury panel including international members invited from different countries including Muna Wassef from Syria, Radwan Shaheen and Elham Shahin from Egypt, Hajar Zahawy from the UK, Reis Celik from Turkey and Shirin Jehani from Kurdistan.

Dance of Dust by Abolfazl Jalili, No Where No Body by Ebrahim Sheibani, Snow on the Pines by Peyman Moadi and The Last Winter by Salem Salavati were among the films that represented Iranian cinema.

The first edition of Erbil International Film Festival took place from May 30 to June 3, 2014.