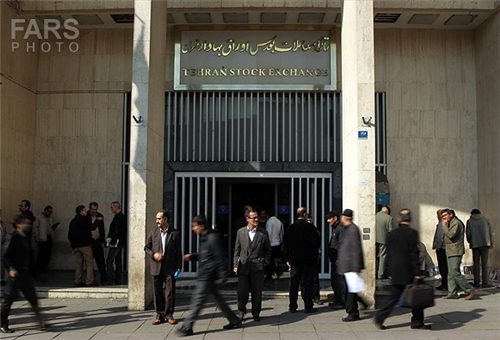 A sum of 360 Iranian companies and 10 foreign companies from Germany, Switzerland, Italy, Greece, Cyprus and Turkey are present in the exhibition.

The Iranian first vice-president also inaugurated the Digital Signature Center of Iran’s Stock Exchange Organization which enables investors from different parts of the world to have paperless access to Iran’s bourse market.

Head of Iran’s Bourse Organization explained that the exhibition is being held in an area of 20,000 square meters.

Salehabadi noted that training workshops will also be held for people to familiarize them more with Iran’s investment market.

The Tehran Stock Exchange started work in February 1967. During its first year of activity, only six companies were listed in TSE. Then Government bonds and certain State-baked certificate were traded in the market.

The Tehran Stock Exchange has come a long way. Today TSE has evolved into an exciting and growing marketplace where individual and institutional investor trade securities of over 420 companies.