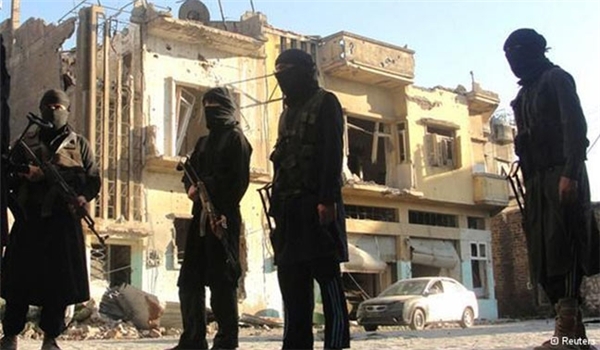 TEHRAN (FNA)- The Al-Qaeda-linked rival groups continued their fierce clashes in the Eastern parts of Syria as reports said the Islamic State of Iraq and the Levant has intensified its attacks on rival Al-Qaeda group, the Al-Nusra Front.

The clashes intensified between the Islamic State of Iraq and the Levant (ISIL) and the Al-Nusra Front in Al-Salehiya town in the Northern parts of Deir Ezzur, specially in Al-Halabiya Square.

Reports said the ISIL is pushing back the Al-Nusra from its positions, inflicting repeated defeats and huge losses on the rival group.

Tens of militants from both sides have been killed and dozens more injured.

The clashes between Al-Nusra Front and the ISIL have prompted 60,000 people to flee towns in the oil-rich province of Deir Ezzur.

The Observatory said 58 fighters on both sides had been killed in the clashes at the time, along with five civilians.

The deaths bring to 150 the toll since the latest confrontation between the groups erupted last week in Deir Ezzur, bordering Iraq.